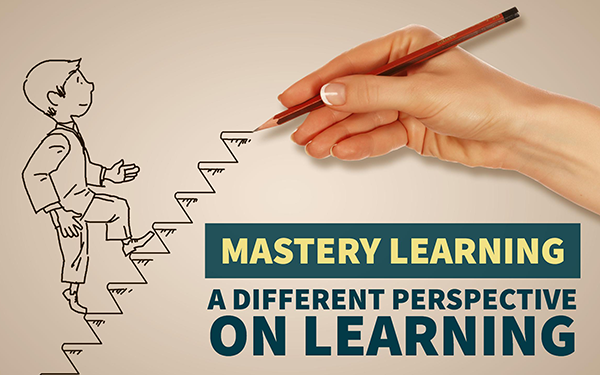 What is Mastery learning? A different approach to learning

A lot of students are bad at math, science, languages, and so on. Once they can’t master an exercise or solve a math problem, they give up. They think they are just not born for math. But that is the wrong mindset. Not being able to master a course isn’t fixed.

Yes, some students are slower in mastering courses and solving exercises than others, but that doesn’t mean they can’t learn it. That there’s nothing that can be done about it.

Today, learning happens in a classroom, with a lot of other students. The teacher teaches a lesson and goes on to the next one. If a student can’t master that lesson or learning material, there are many ways schools try to support those students to catch up. But since every student is more or less on the same time schedule, there’s only so much you can do. At some point, you have to move on to the next topic. Those that weren’t able to catch up, will struggle more and more, and eventually fall so far behind it becomes impossible to catch up. They become the students that “just aren’t that good at X”.

Mastery learning aims to change that, primarily by letting go of the concept that everyone is on the same time schedule. It requires more differentiated learning, giving students more time to go over the learning material, giving them extra explanation and support. What would happen then? Yes, he would eventually also master the learning material, just like anybody else. He got there! Does it matter how long it took to get there? Or that he had some trouble on his way up?

That’s what the mastery learning method is about. In this blog post I’ll explain you what it stands for, why this way of learning is so important, why the method failed in the past and why it’s now finally achievable. Let’s dig in! 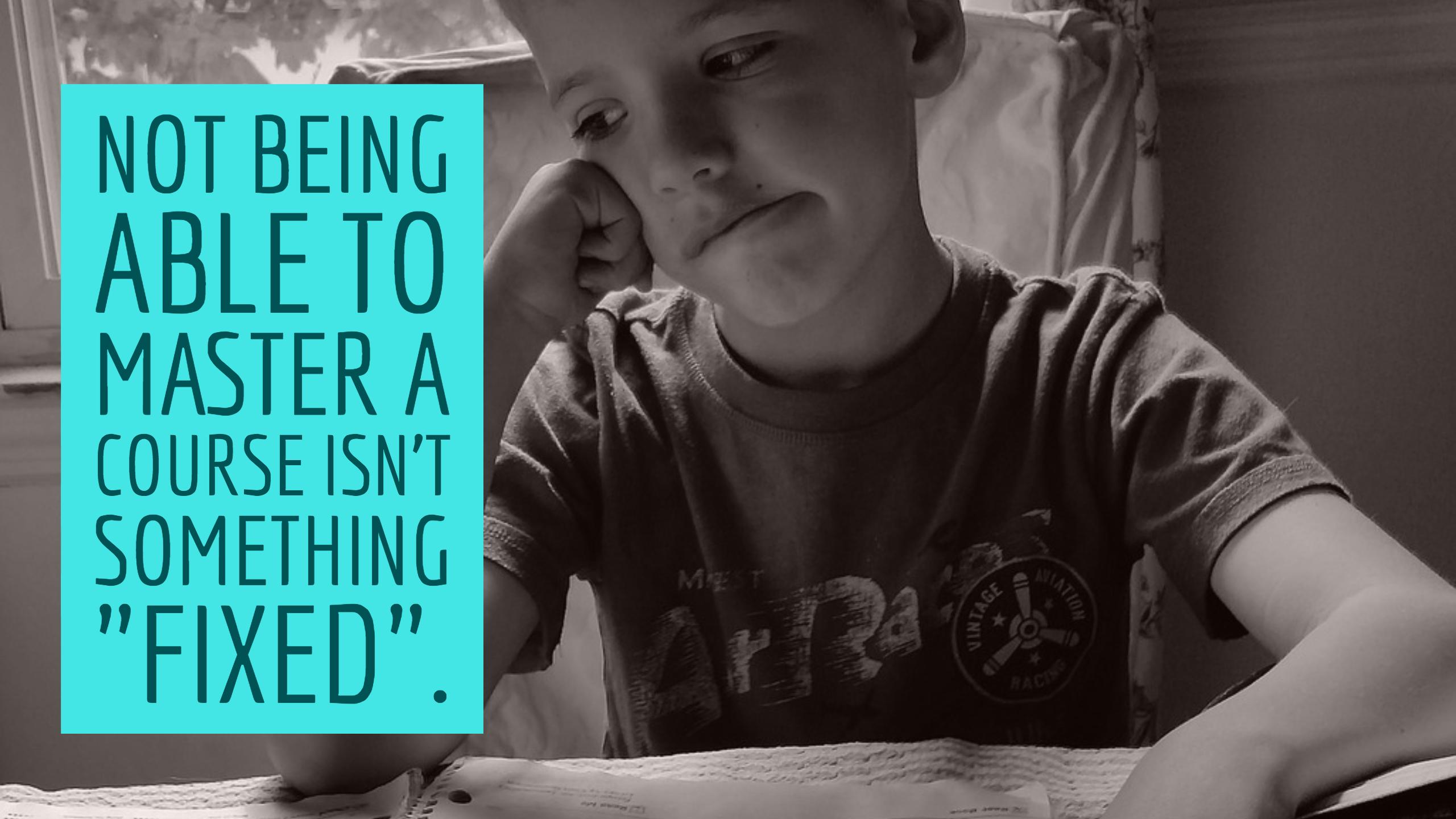 What is mastery learning?

Here’s how you could explain it. Take a look at learning karate. You start from a white belt. And only when you master those beginner skills, you move on to the yellow belt. That’s just the way it goes. And it’s the same with learning how to play an instrument.

Mastery learning focusses on mastering a topic before you move on to a more advanced one. That sounds logical, right?

Well, it’s absolutely not what we’re doing in schools today. We group students together, usually by age and perceived ability and we put them all together at the same pace. Teachers have to follow the curriculum and have to get everything done in one year. I like to think of it as a train. Everyone needs to keep up, because the train rides on.

Students who have difficulties with a topic, will typically continue to have difficulties with related topics in the future. A student has to master the basics of a course first, before he can build upon that knowledge. Students who fall behind at some point, risk becoming (or even self-identify as) “the weak student”. Self identifying as “bad at X” is particularly worrisome because it’s indicative of a closed mindset and it’s a self-fulfilling prophecy.

And it aren’t only the “weak” students that get more and more behind. Even the students who get 80% on their tests still didn’t master 20% of the learning material. So what happens with that 20%? Eventually, those students are also getting stuck somewhere because they need some knowledge of that 20% to move on. This way students start to disengage. 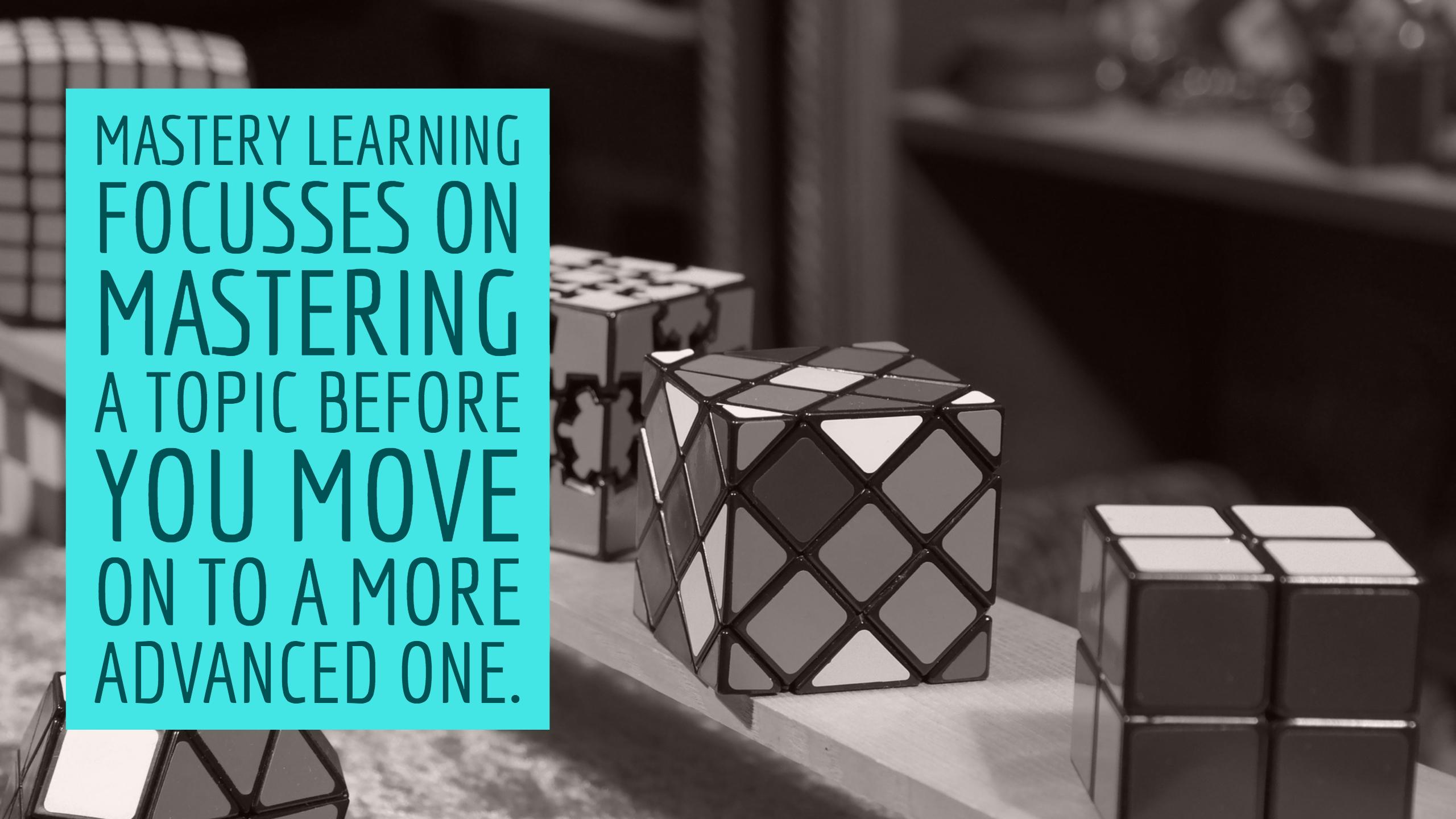 We all know how our school system works. Why is it so different from the work place? If you didn’t notice the different mindset, take a look at the following example, explained by Sal Khan from Khan academy.

Sal makes the analogy with construction. Bring in a contractor and say, “We were told we have two weeks to build a foundation. Do what you can.”

So the workmen do what they can. Maybe it rains, maybe some of the supplies don’t show up. After two weeks the inspector comes to check on the foundation and says “Ok, the concrete is still wet right over here, and that part’s not quite up to code. I’ll give it an 80%.”

Then you say, “Great! That’s quite good. Let’s build the first floor.” And so does the story goes on. After the 4th floor the whole structure just collapses. 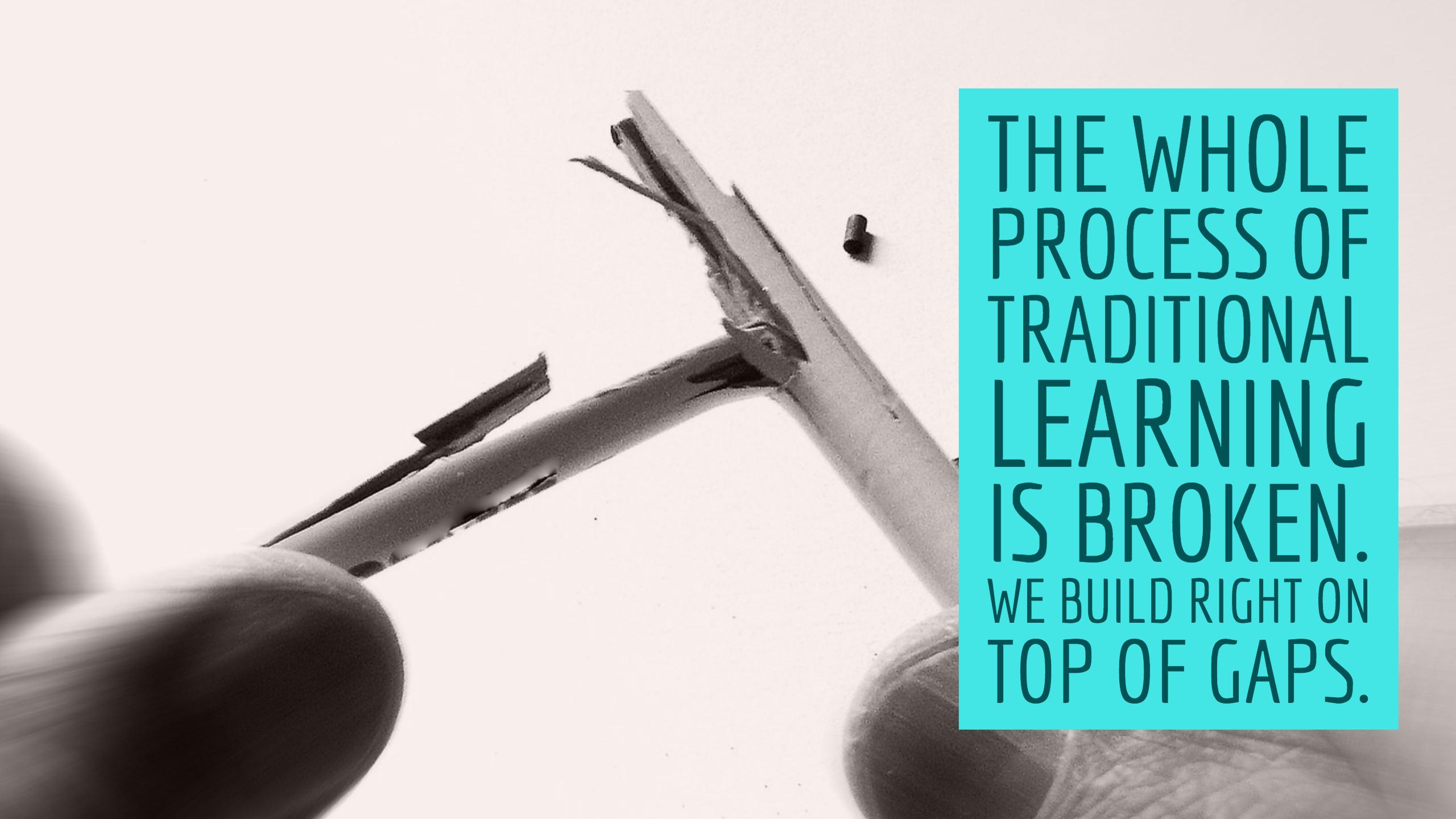 Is mastery based learning impractical?

The mastery approach suggests that every student is on his own track. So how can this possibly work in a classroom? Education would have to be personalized, you’d have to have private tutors and different worksheets for every student.

It sounds really new and impractical, but the truth is, that 100 years ago, there already were experiments where they did mastery-based learning and saw great results. They also said it would never scale because it was logistically difficult and impractical.

But that’s not an argument that holds anymore. We live in a digital age where everything is possible because of new technologies.

Students can see an explanation at their own time and pace because of on-demand video. When a student needs to practice and get feedback, you can use adaptive exercises like the ones you make with BookWidgets. We now having learning dashboards that help teachers see patterns and flaws in the learning material, or identify which students are struggling and falling behind. I’m convinced that future advances in artificial intelligence will support teachers even more and turn personalized learning into “the new normal”.

Because of this, students can finally master the concepts while building a growth mindset, grit, perseverance and taking agency over their learning. The classroom changes too. Students don’t have to focus anymore on the lecture. They can now interact with each other and get a deeper mastery over the material.

Is the mastery learning model still difficult to understand? Maybe this video from Sal Khan might help you to master it. Can you see what I’m doing here? ;)