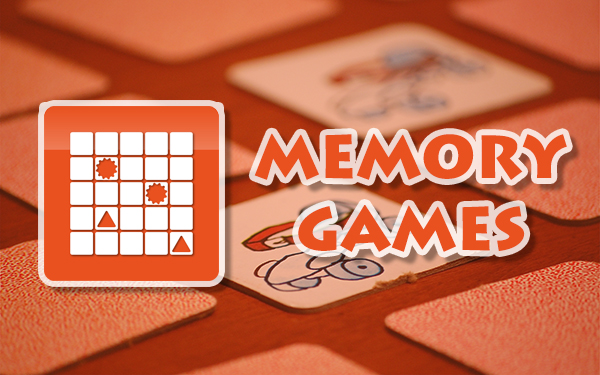 How to create memory games and pair matching exercises 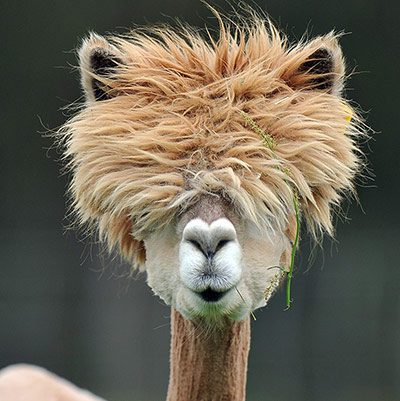 I know, … but this one is for my daughter. We both have so much fun googling happy alpaca pictures. But, there’s more. This exercise shows that an interactive memory game can be a lot of fun.

So, why don’t we bring this memory game to the next level, and make this a fun AND pedagogical tool for children to learn?

It all starts from pairs. What is a pair?

Recognising pairs is more then memorising, it gives insights in relationships between terms. 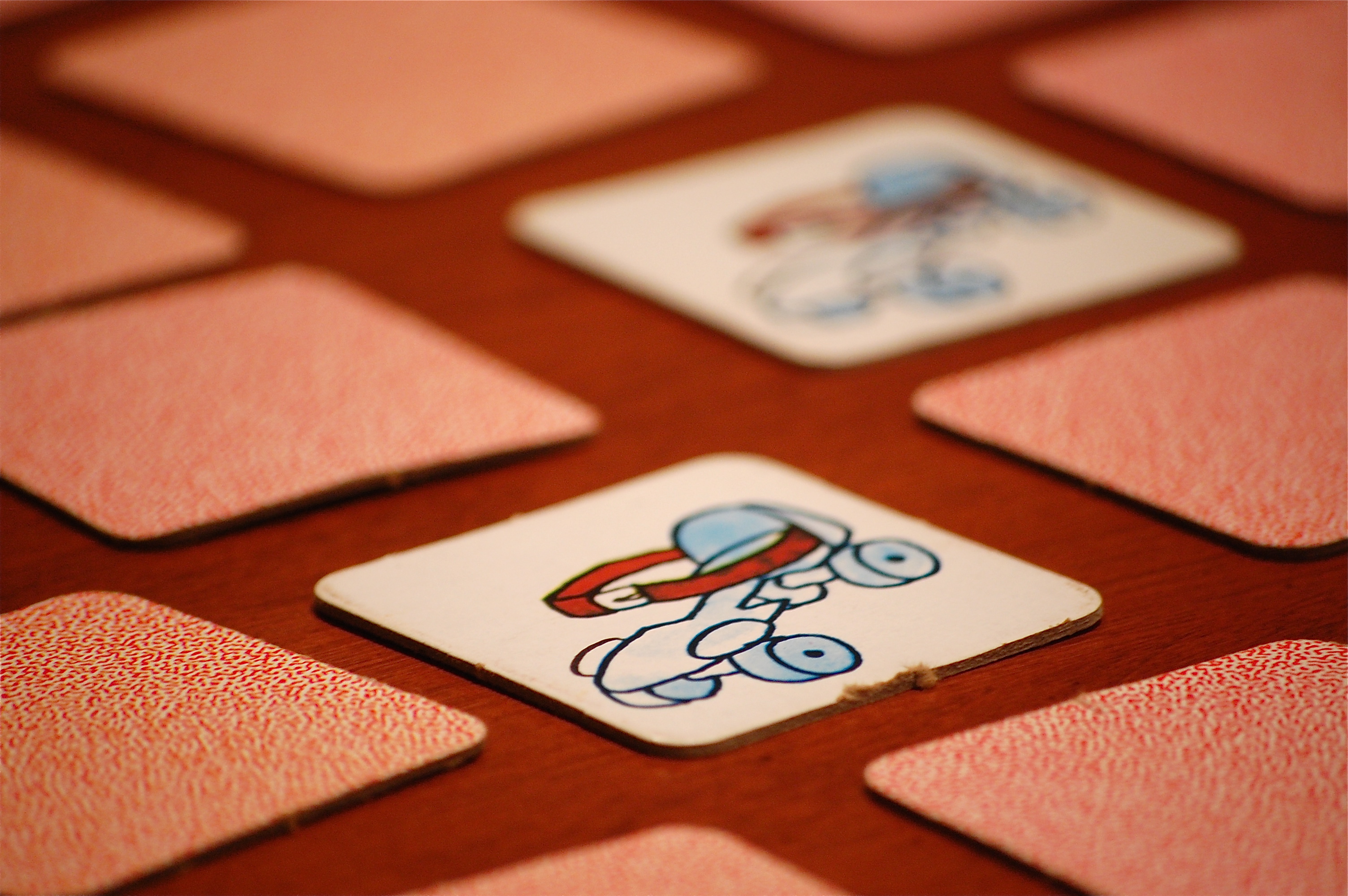 Creative Commons “Rollerskates” by Rich Brooks is licensed under CC BY 2.0

With a memory game we bring pair matching to a next level. The famous memory game is played by all ages and exists in all forms. In its simplest form, all cards have one uniform side, and the information is on the other side. The cards are shuffled and placed in a grid on the table. The challenge is to find the pairs. In this simple form it’s all about memorizing the cards which were flipped. The more cards, the more difficult the game is. It can be played by yourself, but better is to play it against each other. 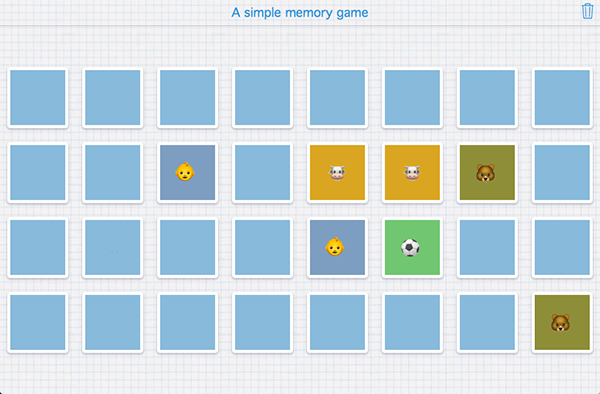 Now we can build up and add more levels of difficulty. Instead of finding identical pairs, combinations need to be found. For instance, combining images with words. 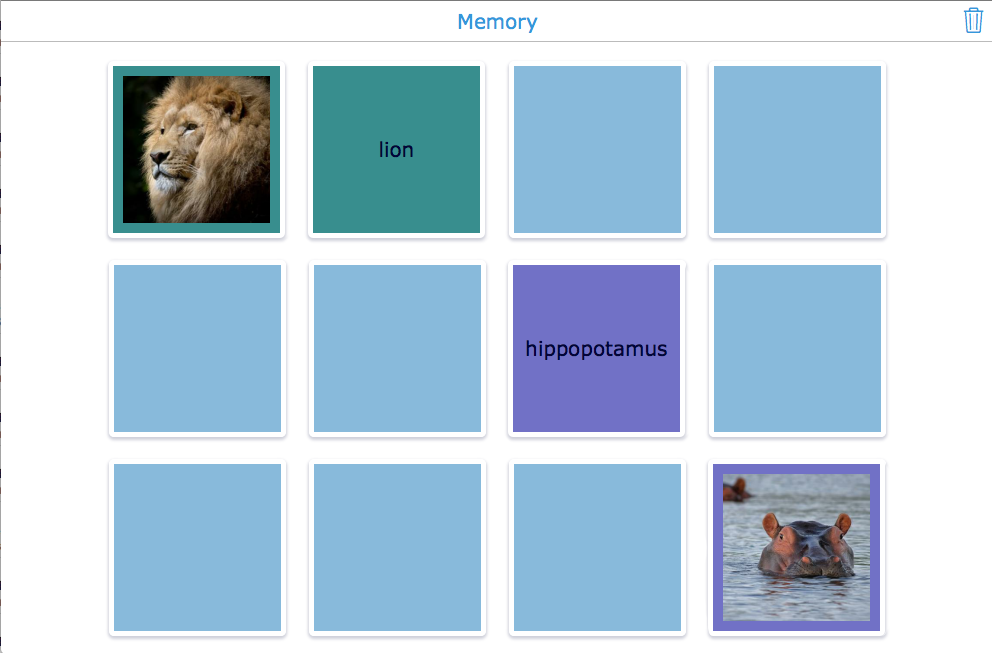 In need of a bigger challenge? What about these binary opposites which are used in film scenarios, a theory by Claude Levi-Strauss. The pairs are related by an opposite in meaning. 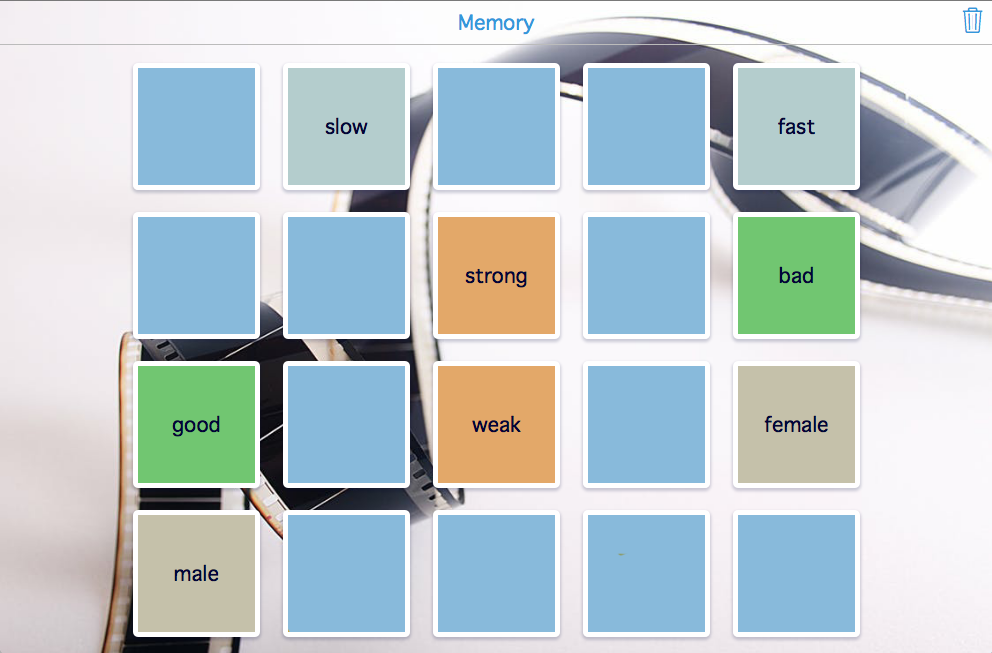 A few more, just for fun 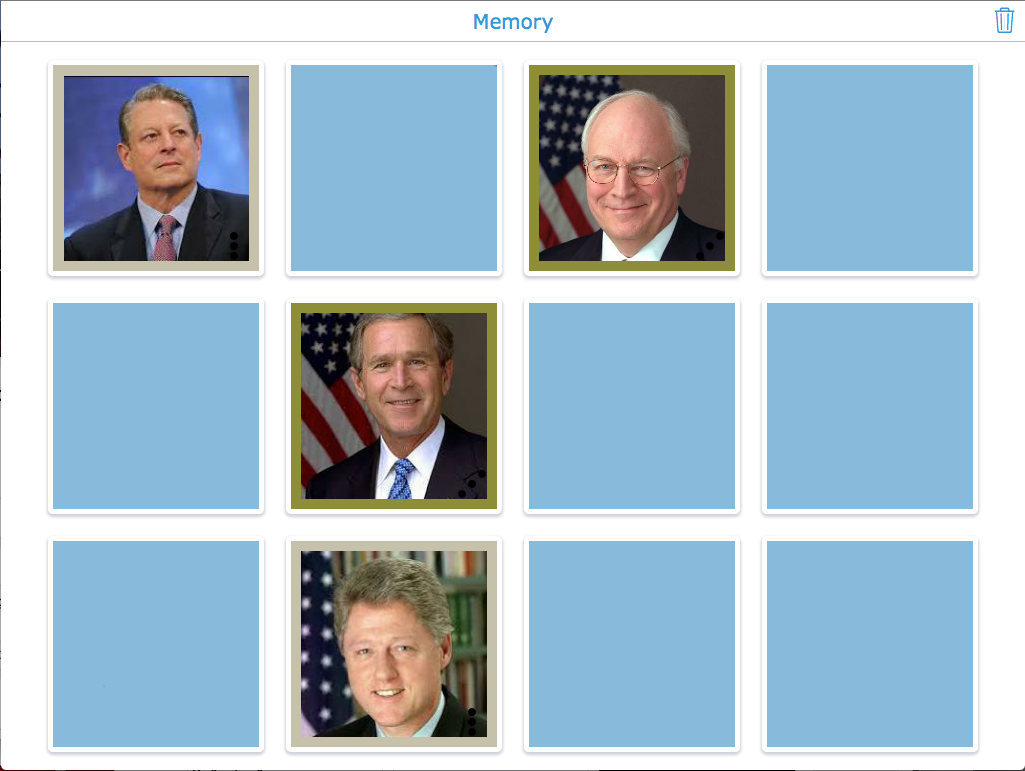 Which sport is played on which field? 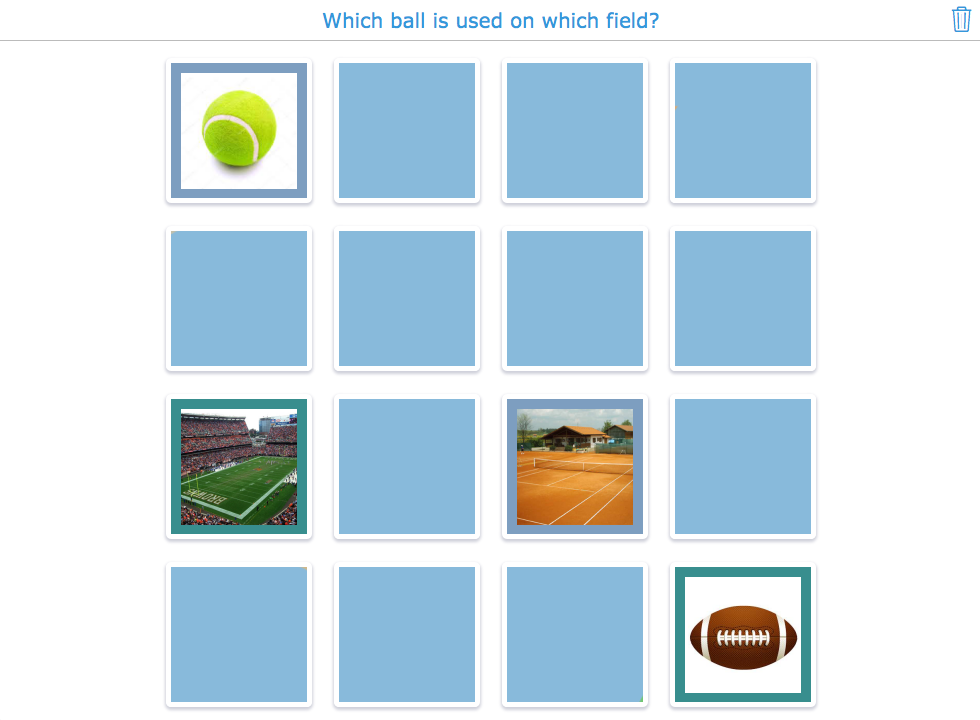 Want to make your own memory game? Find out how easy it is in this tutorial. Memory widget tutorial

And now it’s up to you: start to create your own memory widget: