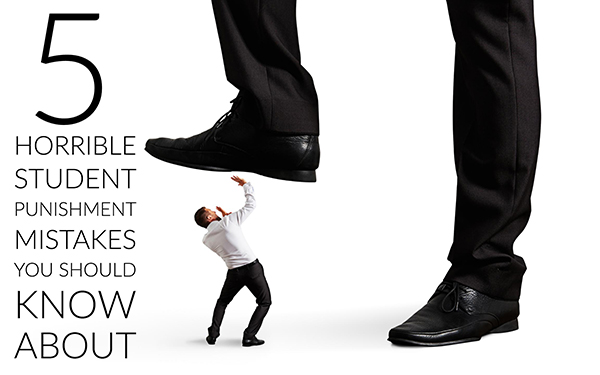 5 Horrible punishment mistakes that cost teachers their influence and credibility

There are times that a classroom can be like hell. Screaming kids, not paying any attention, not handing in their homework, etc.

In that case, teachers tend to punish the students in order to get control of their classroom. Punishment can work, but it easily slips through a teacher’s fingers. You really have to be able to get a handle on your students, without making any punishment mistakes.

Reinforcement of good behavior should be the primary strategy utilized in the classroom, but if punishment is necessary, you better choose the least restrictive type of punishment.

When you punish a student, you could forget to show him the behavior you want to see instead of what the student is showing at that moment.

If the student doesn’t know what kind of behavior you are expecting, he won’t change his behavior easily and will get confused. Your punishment will be useless and your influence will slowly seep away.

2. Punishing an entire class for the behavior of a few

Keeping the whole class in for recess, deducting grades, or asking them to put their heads down can help to get unruly students temporarily under control.

So what’s the problem? This punishment technique alienates your most well-behaved students. Holding everyone accountable when only a few are misbehaving creates resentment and will damage your influence.

This punishment technique also enforces bullying. When the whole class is punished instead of that one student, the class will get mad. And the other will feel guilty.

Students have so much going on in school that guilt and bullying can really bring someone down.

3. Give a student too much attention because of its bad behavior

Students with bad behavior crave attention. For them, attention is a reward. And you are giving it to them by punishing. The attention reinforces their bad behavior.

If you can’t give them attention, then what should you do?

Try to give them attention when they are on-task, when they do something good. I know this is hard, because students often have more patience than you. They will test your limits.

For other students, attention really is a punishment. Give that student your attention until he finishes his task. After that he will be “freed”.

4. Punishing one student for bad behavior but not the other

Consistency is very important when it comes to punishing. It’s not fair to punish one student for its bad behavior, but not the other. It will cost your credibility and sow disarray.

Students will think that they are punished because of “being that student” and not because of their bad behavior. What else could it be, if the other wasn’t punished?

Another possible outcome is that students will speculate about favoritism. They won’t tell you that, but they will accuse their fellow student.

5. Punishing students without a good explanation 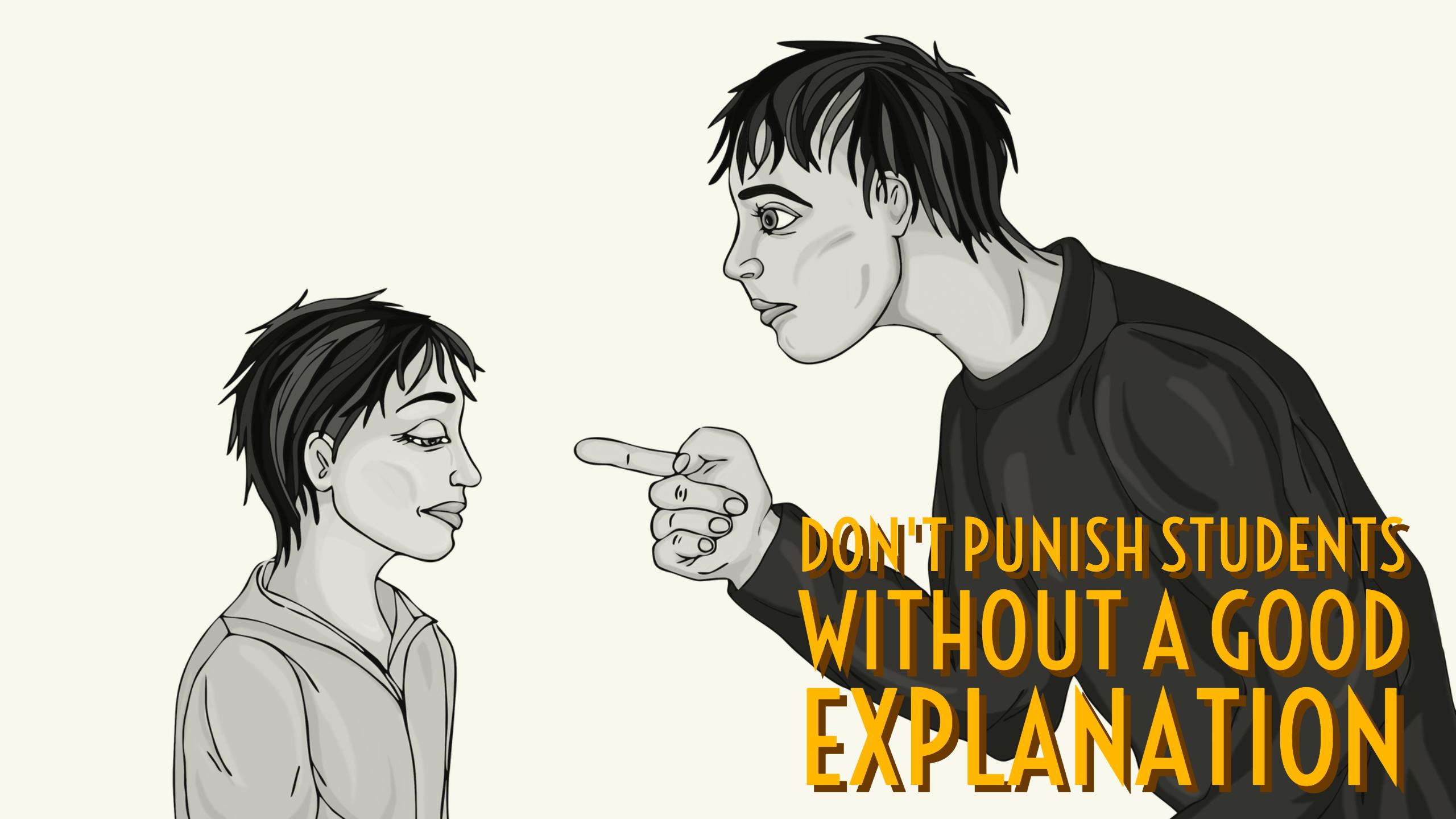 You can’t punish a student without telling him why. Saying “you should know why…” or “Use your head and think what the reason could be…” isn’t really helpful.

When students don’t know why they were punished, they’re not able to change their behavior.

It’s also valuable to find out what drives the misbehavior and work toward managing the environment to minimize factors that cause the behavior.

The punishment should be given as soon as possible after the inappropriate behavior. It should be as closely related to the misbehavior as possible.

If punishments are too mild, they won’t be effective. The student will adapt and tolerate more intensive or extended punishments.

If too intense, punishments are not only abusive, but can also create other problems. An Australian study showed us that students who got suspended are more likely to show violence and aggression. You can be conservative when using punishing techniques, but make sure their intensity is appropriate.

Punishments also must be consistent and predictable in order to be effective. When punishing, you should return the student to the situation without expecting guilt. Make efforts to reassure or reinforce the student.

Use a consistent schedule of punishments. Try to define a specific targeted behavior. 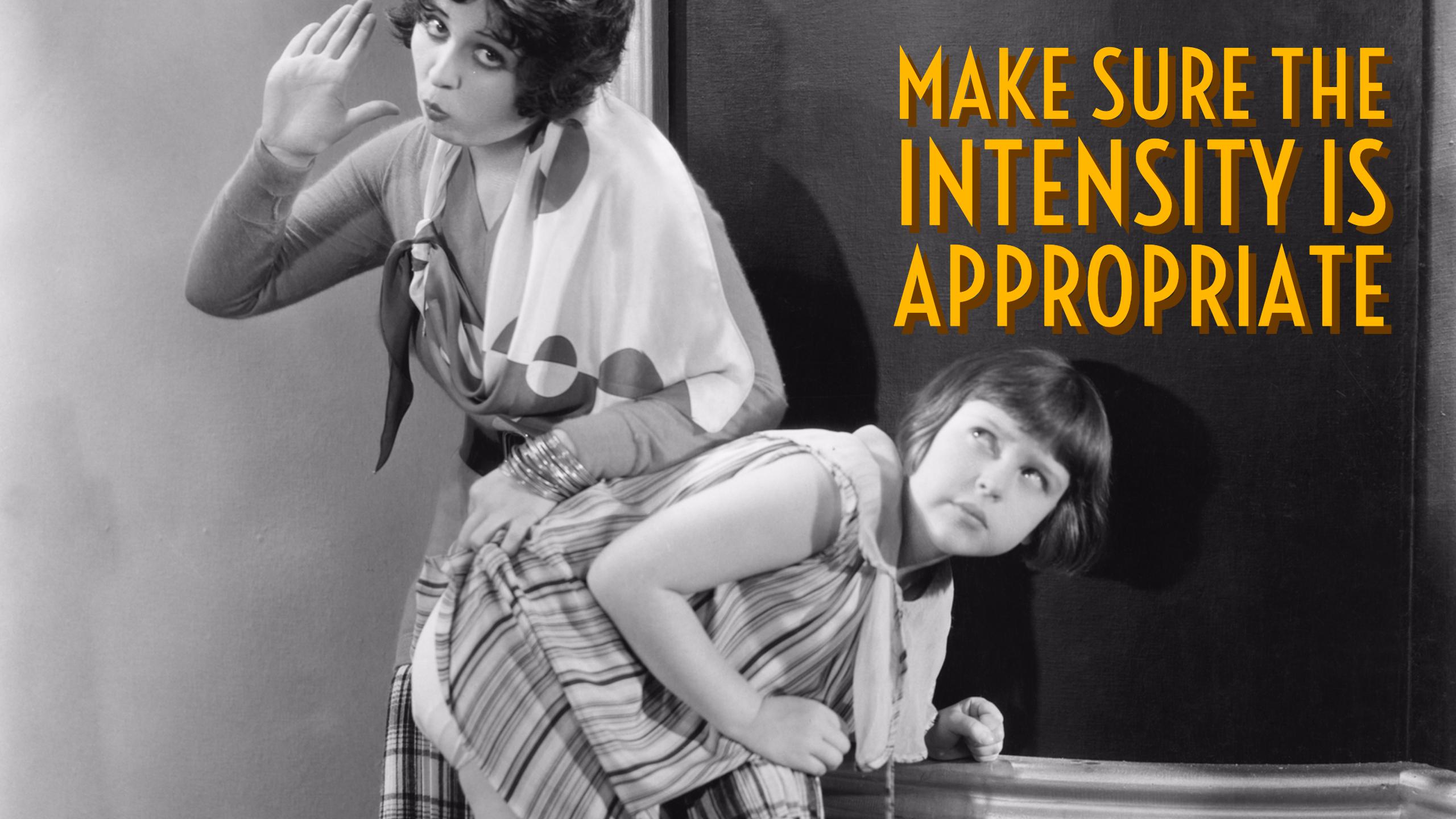 After learning from these 5 punishment mistakes, it might be the right time to answer this question: “Does punishment work?” The most important question, burning on the lips of every teacher. You’ve probably already noticed that it indeed works in some cases. In other cases it doesn’t.

Watch out for that last one. That doesn’t mean that you have to punish intensely. Intense punishments lead to other problems.

With punishment, you give a student an unpleasant experience to make him stop behaving in a certain way. With meaningful consequences, a student takes responsibility for the outcomes of his bad behavior. A student who sticks a chewing gum under the school desk won’t be sent to the principal, but he can start cleaning the desks instead. His chewing gum might be taken away unless he promises to only use it outside the classroom/school.

Punishments equal pairing pain with some unwanted behavior. Meaningful consequences link a child’s behavior to the broken rule in a meaningful way. 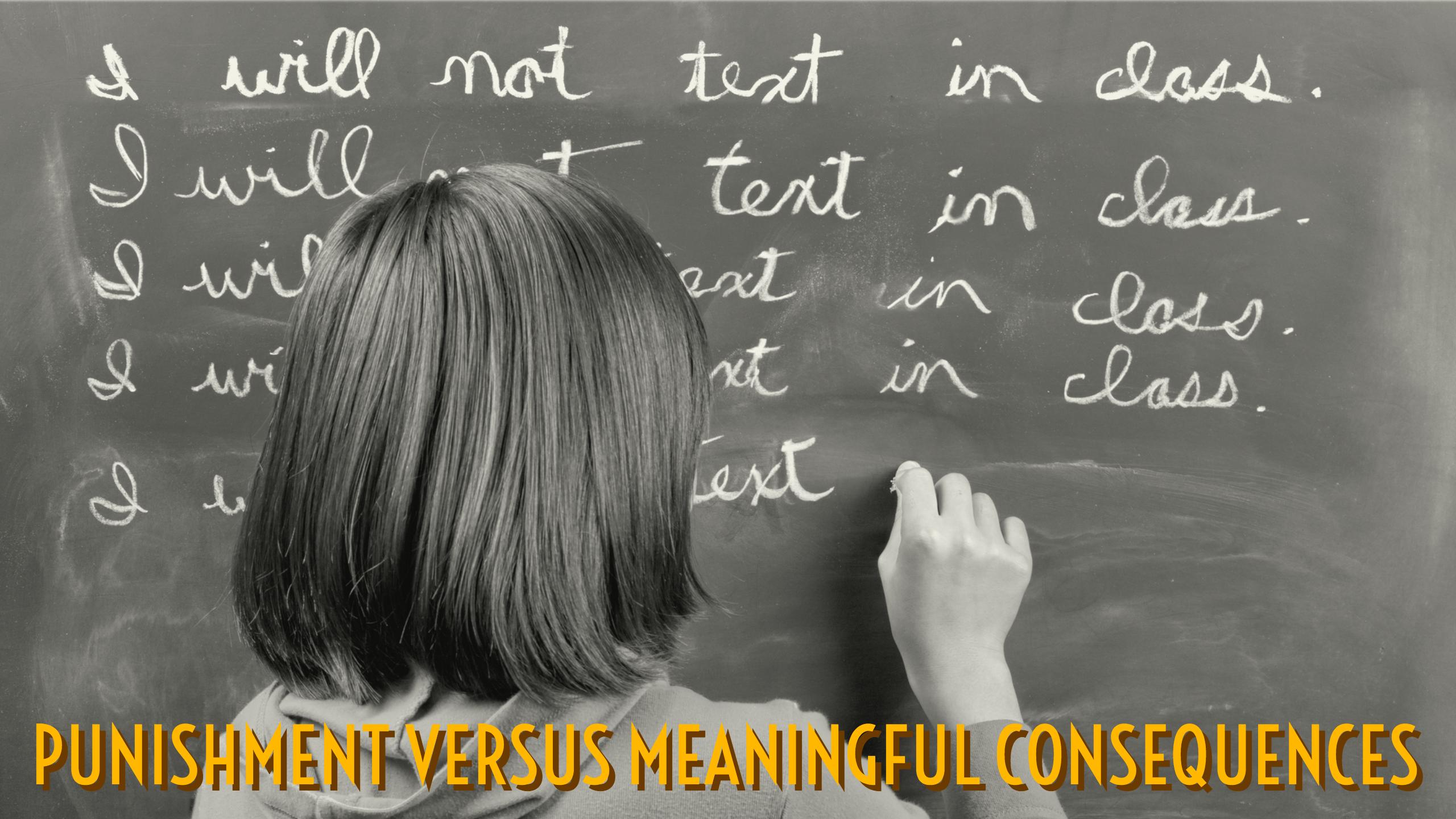 Besides punishing students or giving them meaningful consequences, you can just simply reward your students too. Take a look at this blog post about reward systems. 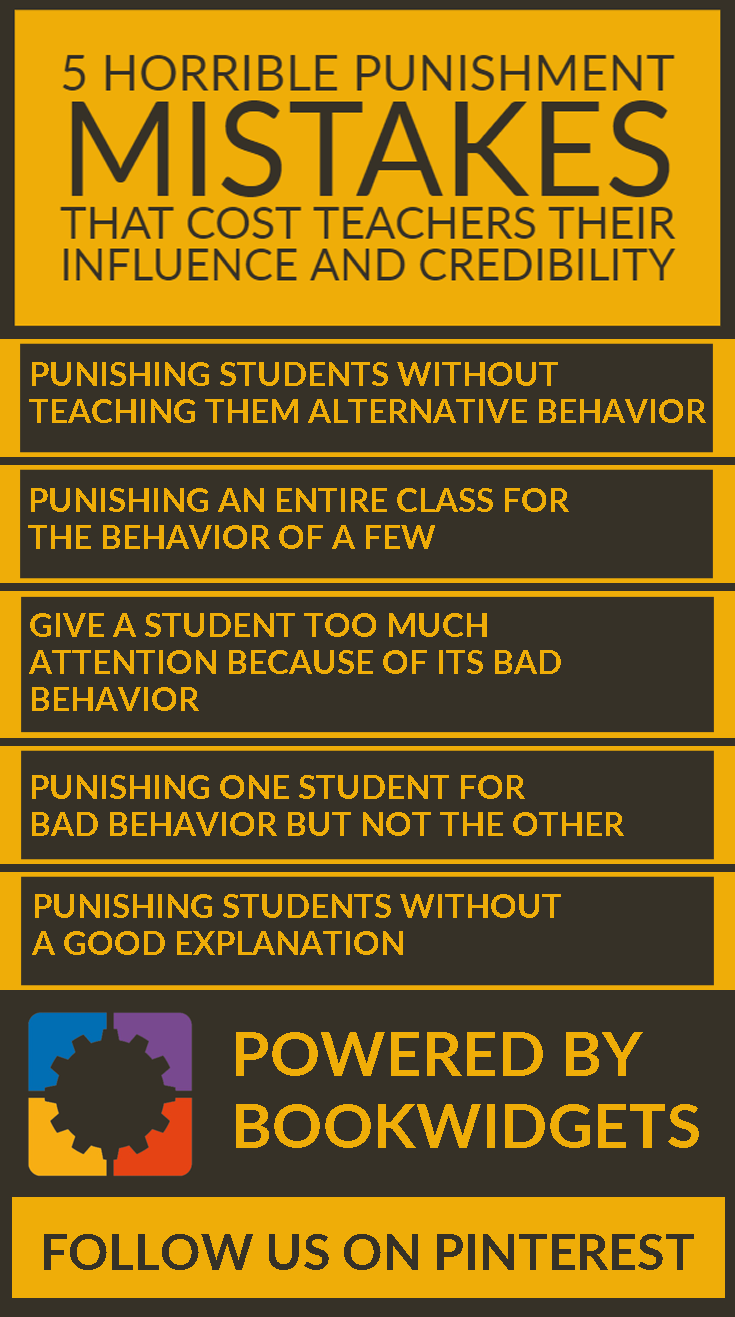