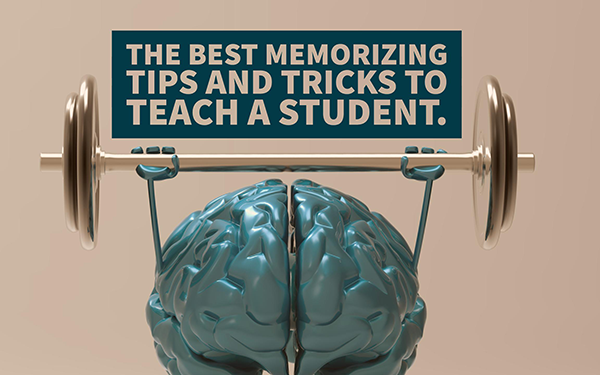 9 Amazing tricks to teach your students to memorize.

I studied hard for my finals. A few weeks later, everything was gone. Just like that. How can you teach your students to memorize things so they won’t forget them the next day?

In this blog post, I’ll give you some methods of memorization to teach your students. Most of them I learned from Daniel T. Willingham’s book: “Why don’t students like school?”. 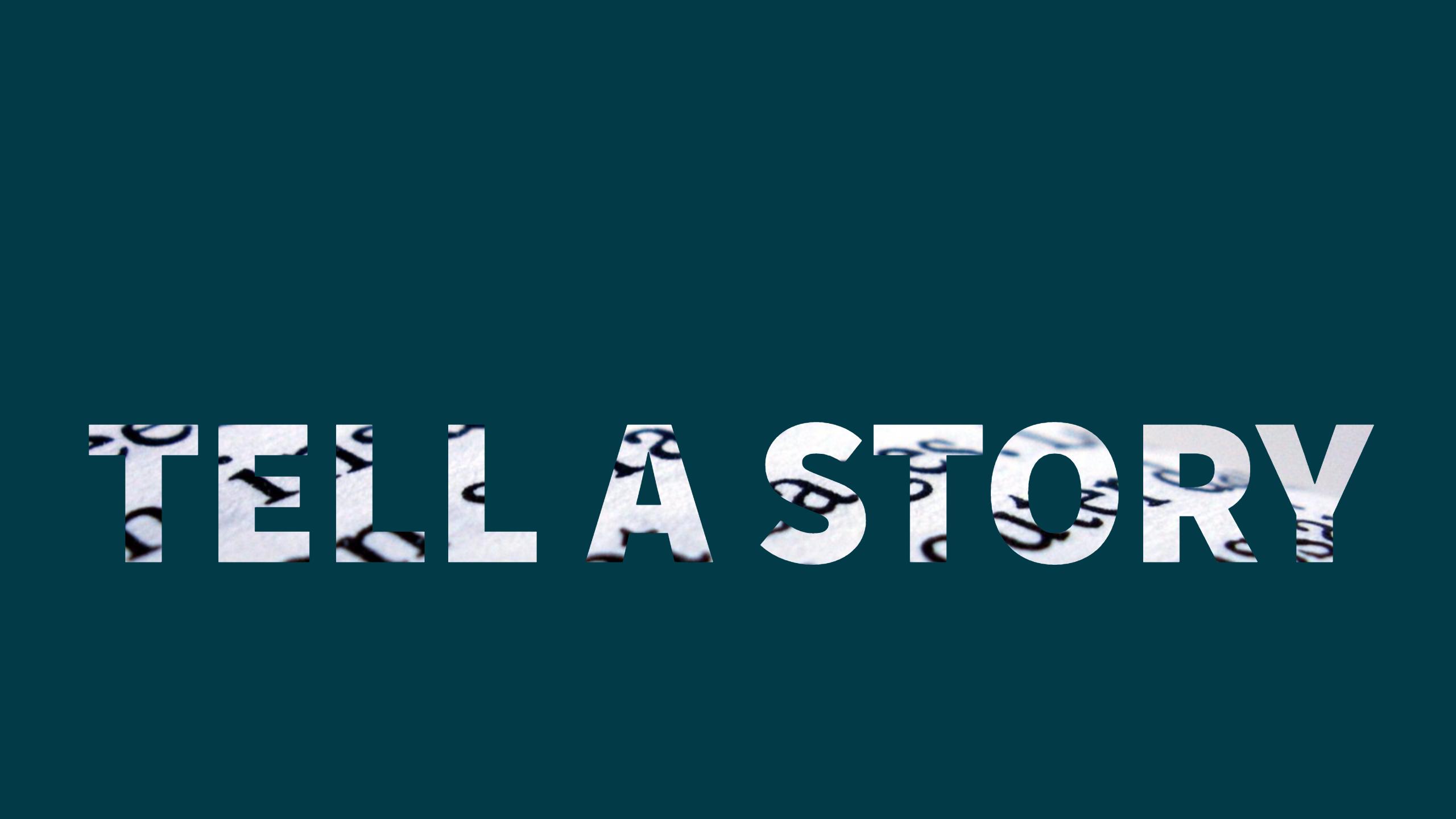 In order to get your students to retain information better, you should structure your stories. Telling a story is good, but it goes further than that.

Structure your lessons the way stories are structured, using four C’s: causality (a series of events in a particular right order), conflict, complications and character. Try to think about these four C’s when making your lesson plan.

I hear you thinking: “It’s all very easy for history lessons, but how am I going to use a story structure in math class?”.

Daniel T. Willingham uses a great example in his book. How do you use the story structure for explaining the Z-score (a common way to transform data)?

Next, he talks about an advertising campaign. How can you prove the campaign is successful? Well, you use the same thinking like with the coin. You let 100 people watch it. But there seems to be a conflict. There are not just two outcomes like with the coin flip. The advertisement can have different effects on people and people can experience the advertisement in different ways. To reach a solution you must figure out how to get by the conflict, but, to do that there will still be some numbers or data you don’t possess (complications) and you must find it first.

Eventually he gets to the goal of the lesson: the problem can be solved with the Z score. So why use a story structure to come to the point? Well, The story is used to set up the goal and to persuade students that it’s important to understand the Z-score and to know how to use it.

The coin flip and advertising campaign don’t have much to do with the Z-score. But your students now know why it’s useful and why they should learn it. It’s all about clarifying the central conflict of the story. 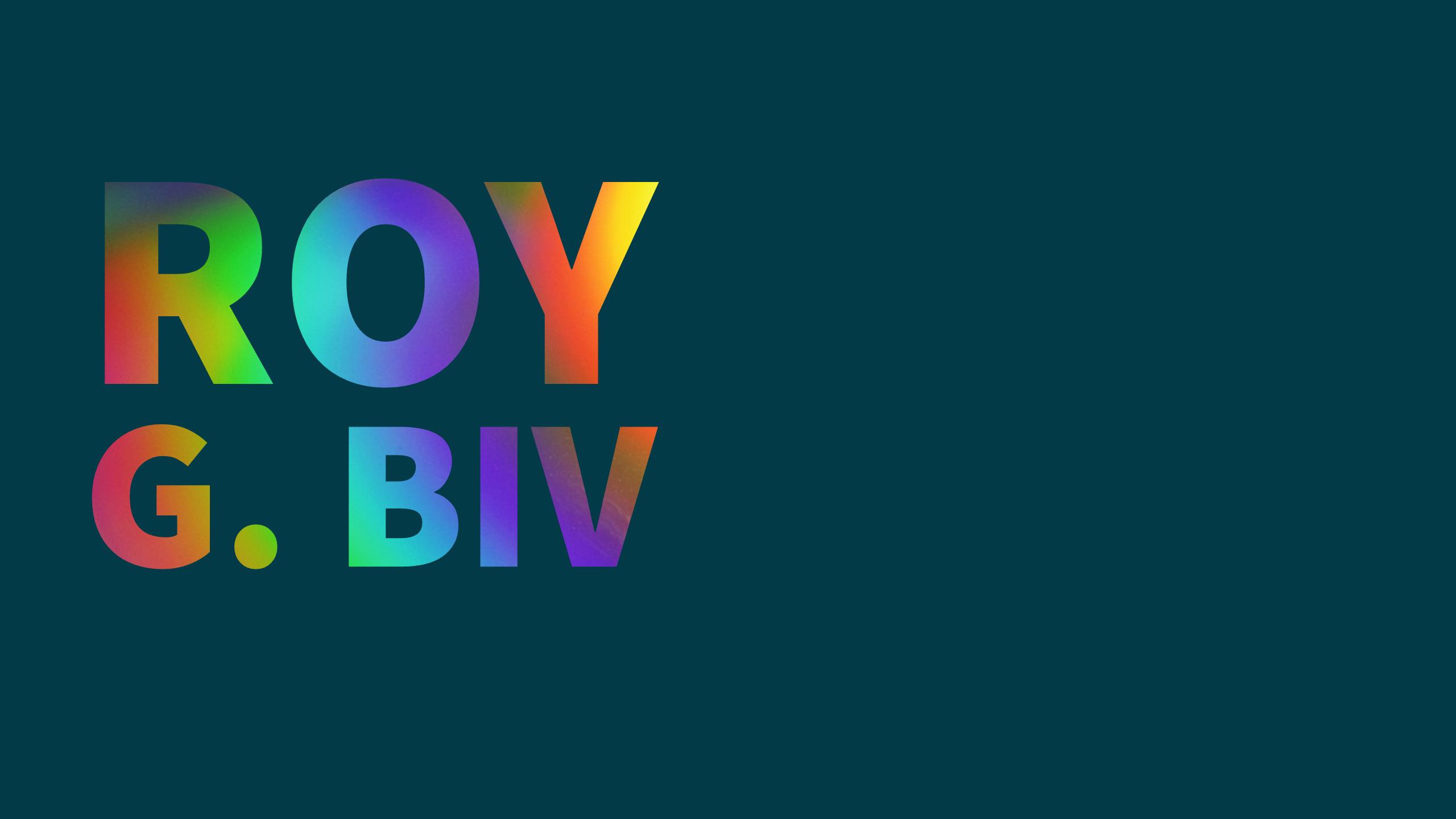 “Roy G. Biv”. Do you know someone called like this? If you remember the name, you have probably already worked with acronyms.

Roy G. Biv or just the letters ROYGBIV stand for red, orange, yellow, green, blue, indigo and violet, or generally taken, the colors of the rainbow.

Create an acronym for the words you have to remember, then just remember the acronym.

Here’s another example: to learn the list: radio, shell, nurse you might memorize “RAiSiN” using the capitalized letters as cues for the first letter of each word you have to remember.

Did you know that base jumping and Pakistan are actually acronyms?

BASE jumping takes its name from the four types of fixtures that you can jump from: building, antenna, span, or Earth.

The name Pakistan is said to be derived from the Urdu and Persian word “pak”, meaning “pure.” The independence activist Choudhry Rahmat Ali suggested that it actually worked as an acronym of the five northern kingdoms of British India: Punjab, Afghania, Kashmir, Sindh and, giving it its final few letters, Baluchistan. 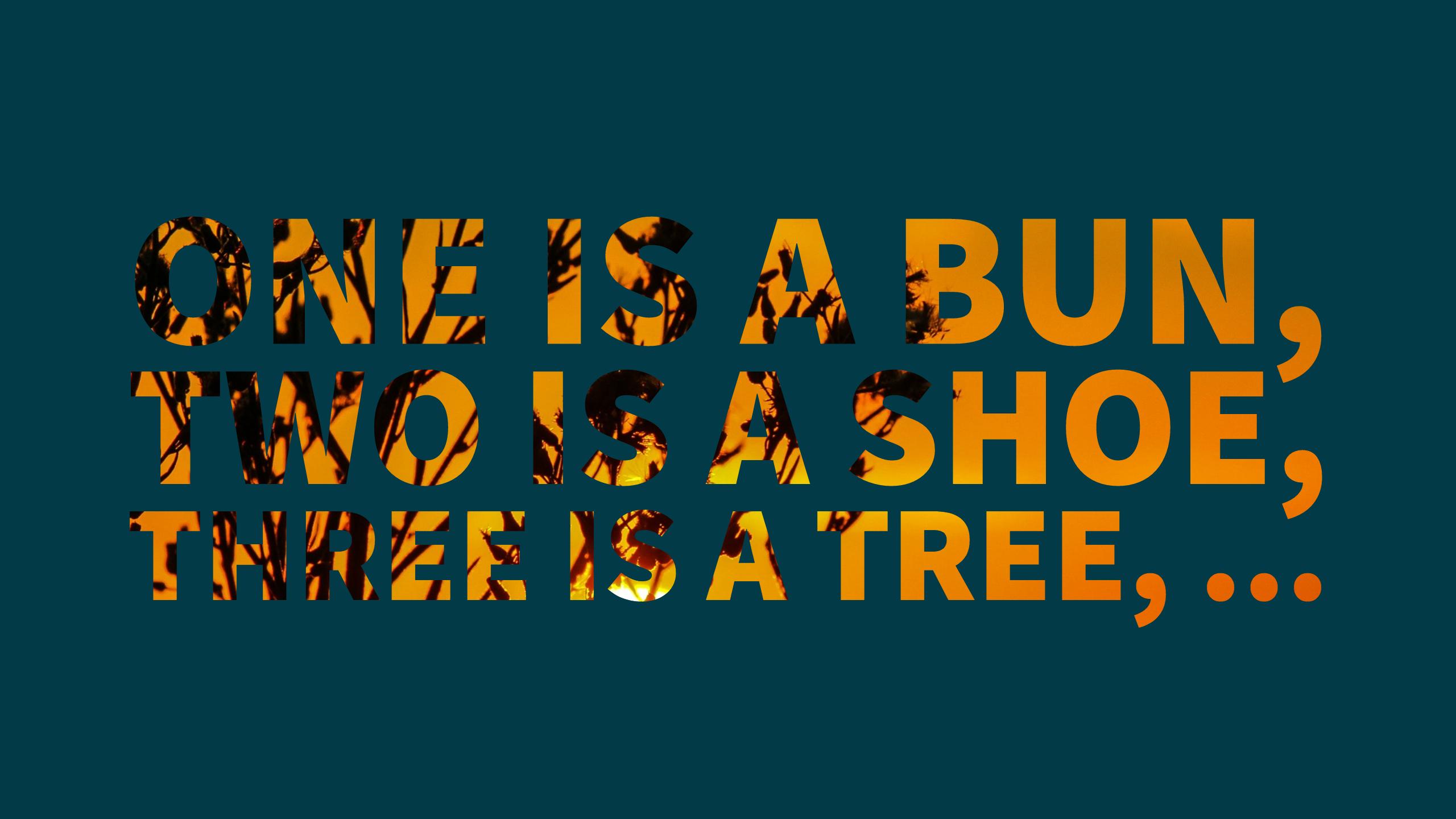 Try to memorize a series of peg words by using a rhyme. Use, for example, this rhyme: one is a bun, two is a shoe, three is a tree and so on. Now memorize the new lesson material by association it via visual imagery with the pegs.

Take again the list “radio, shell and nurse”. Imagine a radio sandwiched in a bun, a shoe on a beach with a conch in it, and a tree growing nurses’ hats like fruit.

With this method you have to memorize a series of locations on a daily familiar walk. For example, the back porch of your house, a dying pear tree, your gravel driveway, and so on. Now visualize new material at each “stop” of the walk.

Okay, you probably already remember the “list radio, shell and nurse”. But still, it’s a good example. So let’s keep this list.

You might visualize a radio hanging by its cord on the banister of the back of your porch, someone grinding shells to use as fertilizer te revitalize the dying tree and a nurse shoveling fresh gravel onto the driveway. It gets really funny sometimes! 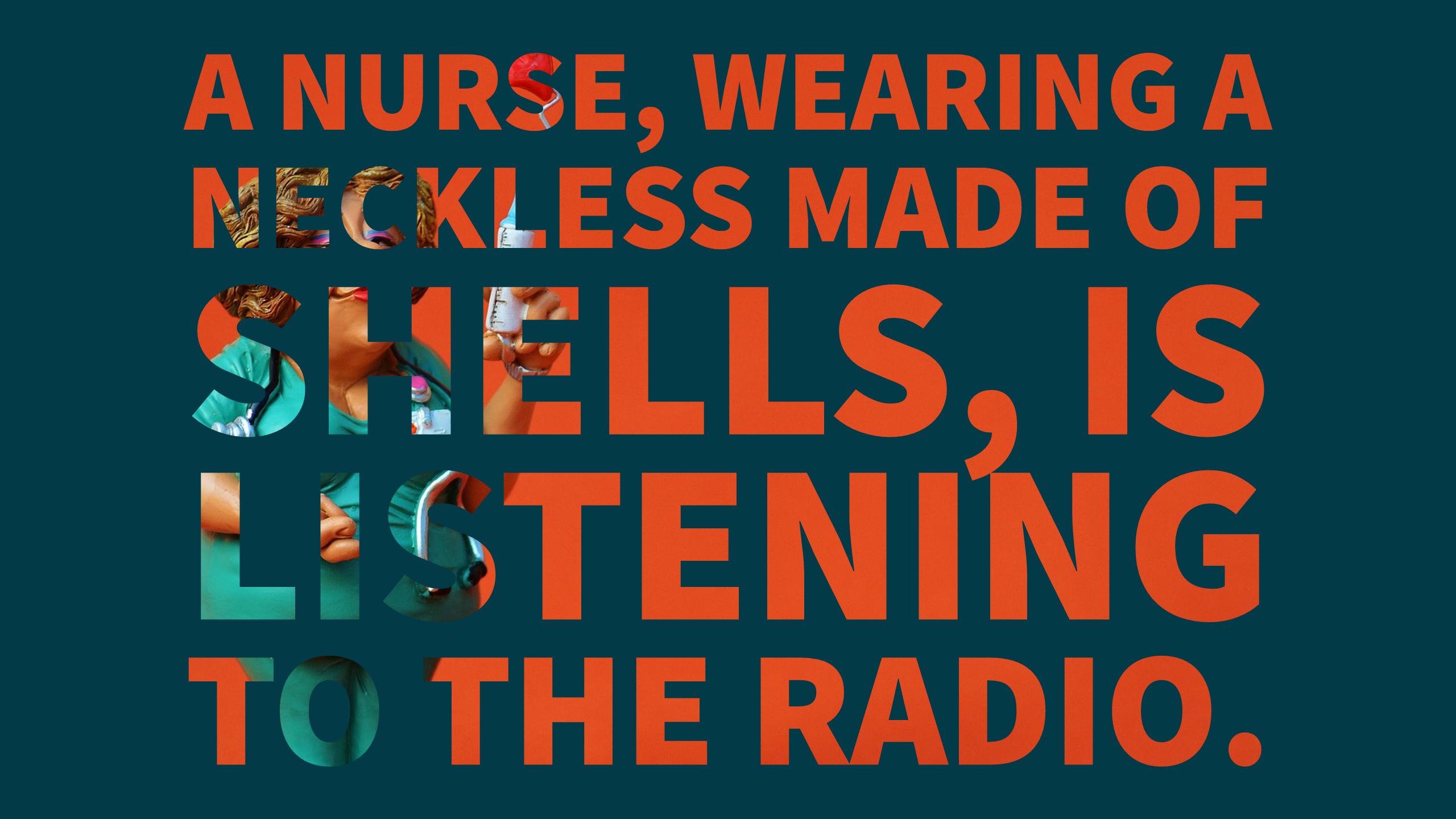 Here, you have to come up with some kind of a crazy story in order to link every word to another in some way.

Let’s see how that works out for our famous list. Imagine a nurse, wearing a neckless made of shells, listening to the radio.

Or even a bit crazier: imagine you listening to the radio and hearing a nurse talking about the cure for cancer that consists of shells.

When I was little, I always played a game in the car with my sister. We took the three letters of a Belgian license plate and tried to make some crazy sentences with it. “CID” became “Carl is dumb”.

Here’s how it works with our list: memorize the phrase “Roses smell nasty” or “Rik speaks nonsense”. Use the first letter of each word as a cue to remember our list: radio, shell, nurse.

This one is a lot of fun. If you’ve ever watched Hannah Montana, you saw Miley Cyrus doing a dance and performing a song in class for her test. She sang the learning material she had to remember to a familiar tune. Take a look at the amusing video.

Try to memorize the list “radio, shell, nurse” by singing them on the tune of “Happy Birthday to You”.

Images are very compelling and students remember more often the images than text. Teach your lesson using images. Make things as visual as possible. Tell a story (story structure) and use the images.

I once tried to explain “identity, image and reputation”. I told the story of Britney Spears with some compelling pictures of bad and good moments in her life. It was a success! Students hardly ever made mistakes.

This one requires a lot of imagination. The mnemonic imagery game is developed by Gabriel Wyner. He invented a language learning system that rapidly builds fluency in short daily sessions. He even learned 7 languages in a few years!

The mnemonic imagery game is used for teaching foreign languages. English has no grammatical gender. German, French and most other languages do. So how do you know something is male, female or neutral?

Take a look at the example below.

First, try to remember the gender of these words, just by reading them. 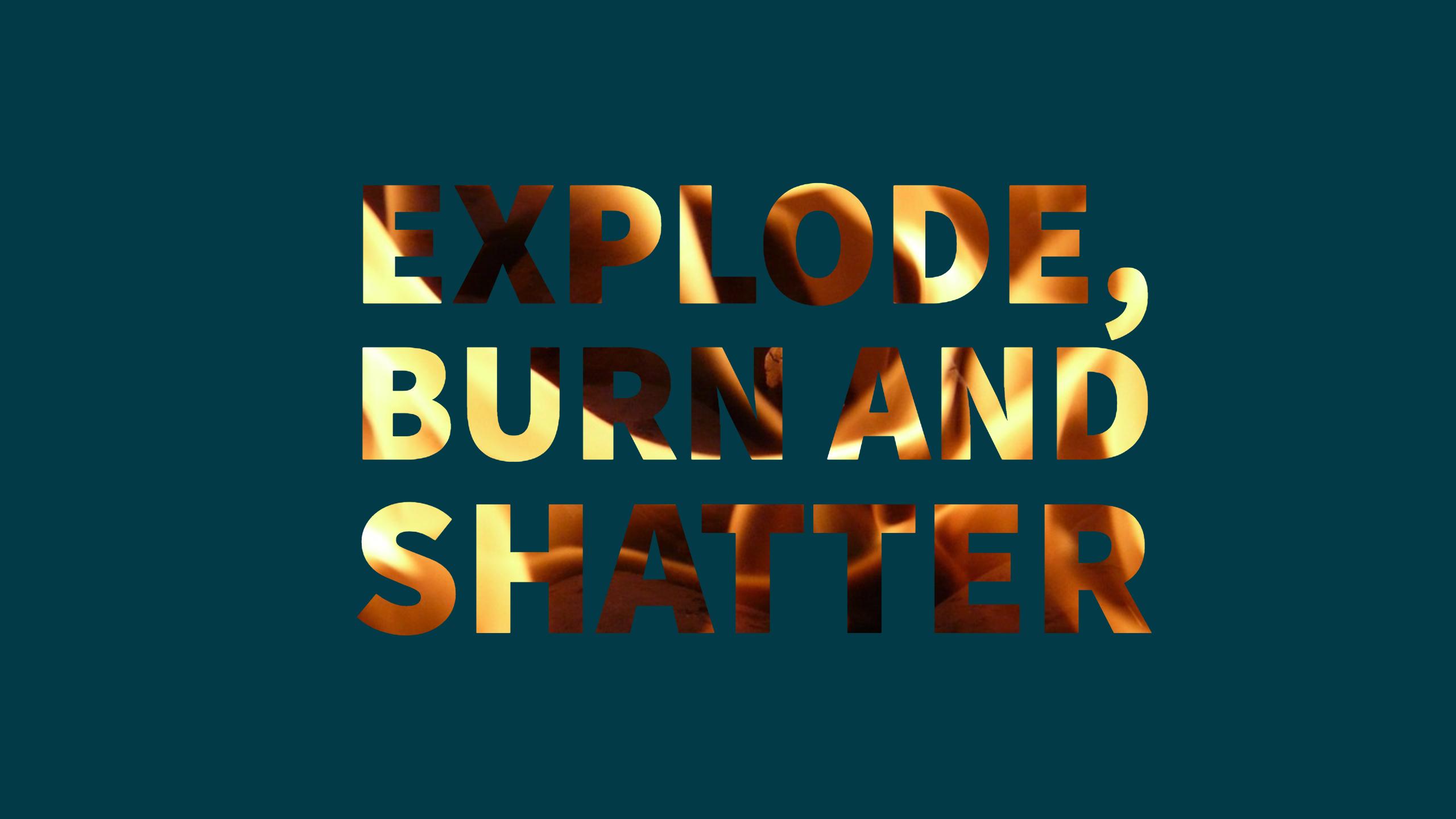 Now try to do the same, but use your imagination. Imagine all masculine nouns exploding. Your tree explodes and BOOM, splinters of wood everywhere. Imagine dog chunks splatter all over the place.

Feminine words catch fire and go up in flames. Imagine your hand burning like hell and your poor cat is on fire and running through the house, setting flames to everything she collides with.

Take a moment to imagine the remaining images yourself. It shouldn’t take you longer than a minute or two.

I bet you did a lot better than the first time!

The success of the mnemonic imagery game is due to the fact that we are really good at remembering images, particularly when those images are violent, sexual, funny, or any combination of the three.

So what are you going to do now to remember what I just wrote about memorizing?

For each person, memorizing tactics are different. There are no best ways to memorize things. Some of them will use songs, others acronyms. It’s important to let your students free in choosing their tactic. Don’t oblige them one trick, if there are so many possibilities. Check out this comprehensive guide on learning and practising vocabulary and this guide on improving your memory. It’s full of memorizing tips and tricks.

If you are wondering how you could adapt your lessons to a student’s brain, here are two post that will clear things up: The peculiar brain of the student part 1 and part 2.