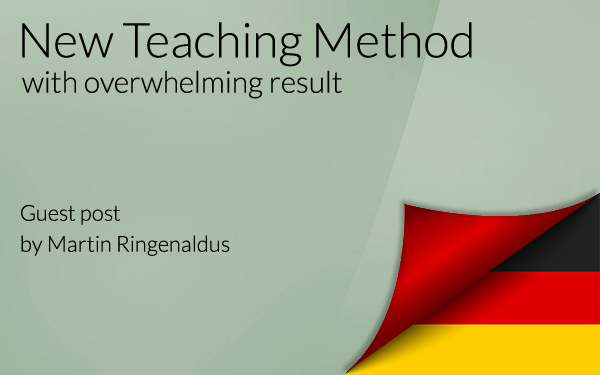 Martin Ringenaldus teaches German at RGO Middelharnis in the Netherlands, and also runs bijlesduits.org, a free tutoring site for anyone learning the German language. He recently wrote a great post on his blog on one of the many ways in which he uses BookWidgets. He kindly allowed us to translate his article to English and republish it here as a guest post.

Two minutes before the end of class. My students are running about, iPads in hand, from one desk to the next, chatting non-stop. I’m trying to restore order. I want them to listen to me and get back to their seats so we can end the class properly. Forget about it. They simply refuse to listen to me.

Discipline problems? Not at all. My students are just so absorbed in the assignment I gave them. That’s why they’re not paying attention to me and can’t hear me. When the bell rings, they put their iPads away and say goodbye to me in German. On their way out, some kids ask me if we can do this more often, because they had such a great time doing this assignment. I told them we could do this at the start of every theme, and we will.

It took me all of five minutes to create two widgets using BookWidgets. One for every half of the group. The widget shows a kind of slot machine, using names and personal data instead of fruit. Every time they hit the “Spin” button, the wheels start turning and the student sees the name of a classmate as well as what they need to ask her in German.

For instance, if they get “Sarah” and “Age”, they need to go up to Sarah and ask “Wie alt bist du?”. Sarah responds in German. They then hit “Spin” again and e.g. go to Tim to ask where he lives. And so on. 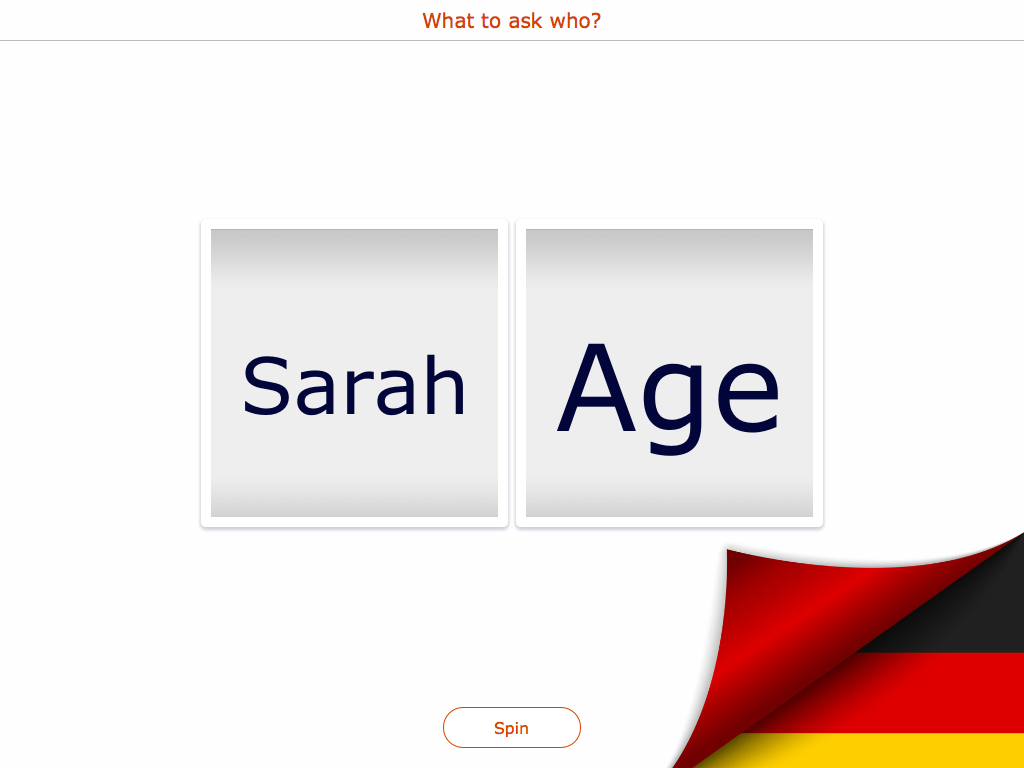 After the first round of playing this game, I noticed some phrases didn’t go smoothly yet. So after five minutes, we jointly went over those bits again, and reversed the roles. Now the other half of the group opened their widget and started asking questions to their peers. Things went without a hitch this time.

Destiny determined who got which question and I could see how much they were enjoying it. I felt a bit redudant as I watched them run around the room, smiles on their faces, clearly having fun! I had hoped this exercise would work well, but hadn’t expected this overwhelming result. All students were active, all the time.

— “Don’t you miss the textbook?”, I asked.
— “The textbook? We’re learnings tons right now, aren’t we? This is going great!”, one of them replied.

I was bummed the next period, when we had to work from a textbook again. Not all groups have iPads yet, so it’s back to paper books for those classes. And even though I co-authored those textbooks: once you had a taste of freedom, you don’t want to tie yourself down any longer. Not even to your own books.

I can’t wait until my next iPad lesson. This is so much fun!